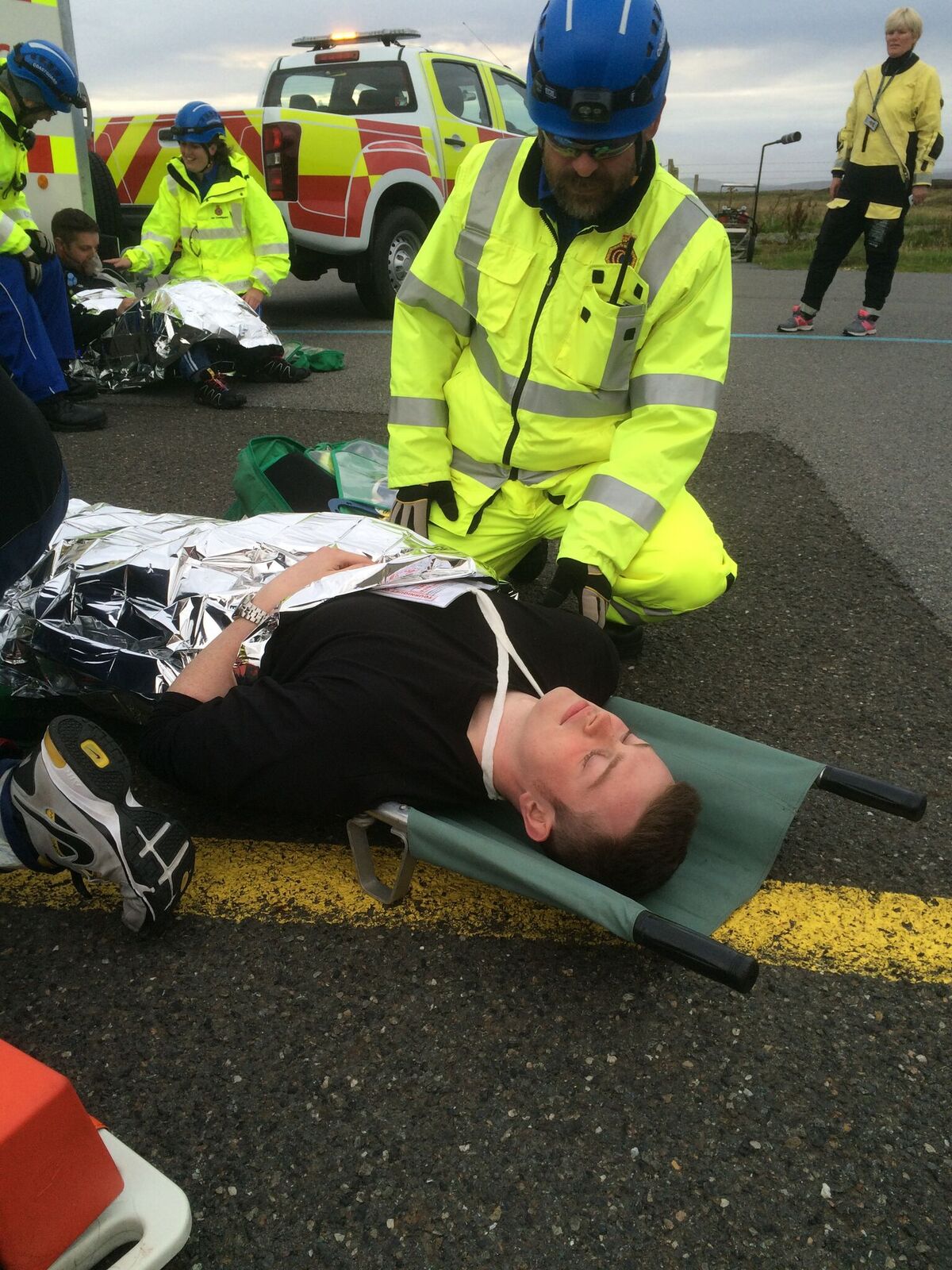 Sullom Voe Terminal’s Emergency Response Team got an opportunity to showcase their medical skills last week as they participated in the Shetland bi-annual exercise.

The exercise, which was specially designed for the response teams and emergency services on the island, tested their medical skills and response procedures in the event of a mass casualty situation.

Playing a large part in the success of the exercise were BP’s Sullom Voe Emergency Response team. Since 2012, the team have received Immediate Emergency Care (IEC) trauma training from Trauma & Resuscitation Services Ltd, based in Warrington, Cheshire. The IEC course is the most advanced, up to date trauma course currently available to non-health care professionals in the UK, with it’s aim being to reduce preventable pre-hospital deaths by training candidates to identify and treat life-threatening emergencies and prepare casualties for rapid evacuation to hospital.

This specific training has allowed the team to deal with a number of incidents at the terminal ranging from minor injuries to potentially life-threatening trauma injuries and cardiac arrests. John Clarke, one of the lead trauma instructors at Trauma Resus said, “It was a big exercise that took a lot of planning, and the way the team responded to such a realistic, high-pressure scenario was terrific. This will give every member of the team even more confidence in their ability to respond and use their medical skills effectively.”

We use cookies to ensure that we give you the best experience on our website. If you continue to use this site we will assume that you are happy with it.AcceptPrivacy policy